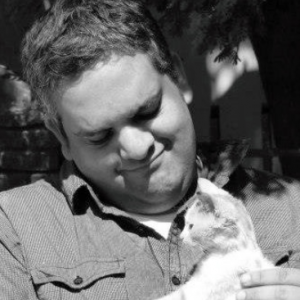 Originally trained as an RCVS Veterinary Nurse in the early 1990s, Ian has had a diverse career incorporating clinical nursing in busy charity hospitals, change management of several progressive rescue shelters, law-enforcement and population management work, as well as senior leadership and Executive Director roles.
His specialisms include feline population management and shelter welfare, with 4 years as the national lead for Cats Protection’s neutering programme (the largest neutering programme in the world) and subsequently 3 years as Head of Operations at International Cat Care. Ian has also supported or led a number of small NGO shelters through periods of considerable restructure and change, with consistent improvements in welfare outputs and staff development, progression, and retention.
Ian has international experience of delivering training and teaching in over 20 countries coupled with long-term expatriate animal welfare work in 5 countries, with special expertise in island locations. He has consulted for and/or worked for the RSPCA, Mayhew, Cats Protection, Wood Green, International Cat Care, MSPCA, Bermuda SPCA and others. His globally unique combination of charity nursing, shelter management, law-enforcement (including both NGO and governmental roles) and large-scale neutering programme leadership make him especially able to work with and understand multiple stakeholders at peer level. Miranda and Ians paths cross many times and we greatly enjoy working together when we can.
Linkedin 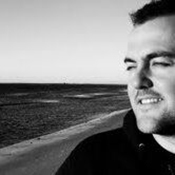 Dave developed his skills over 15 years working in the not for profit sector, including WSPA, where he was Head of Wildlife. Previous campaign projects have included bear farming (China, Korea, Vietnam), zoo animal welfare (Malaysia) and human-wildlife conflict (Tanzania, Turkey). Dave has also overseen the grant-funding of many projects including anti-poaching initiatives in Africa, primate rescue sanctuaries in Africa and Asia, wildlife rehabilitation and release projects and captive marine mammal campaigns.

Dave is also Executive Director for the European Alliance of Rescue Centres and Sanctuaries (ears.org) where he works with to strengthen and represent a network of organisations dedicated to wild animal welfare and conservation. Highly recommended by Miranda. 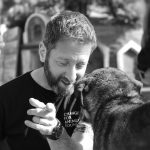 Harry Eckman has worked in animal welfare for over 20 years.

He is a consultant for the International Fund for Animal Welfare (IFAW) for their international dog and cat animal management programs, the Co-founder and Programs Director of Change For Animals Foundation (CFAF) and an advisor for Human Behaviour Change for Animals (HBCA). In 2021, Harry was appointed as CEO of World Cetacean Alliance – the largest global network of partners, working together to address some of the most pressing issues facing cetaceans and their ocean habitats.

Miranda and Harry have known each other for many years and were finally able to work together in 2013 when Miranda volunteered as Vet Nurse trainer and technical advisor for a cat population management training program run by ICC Portugal. 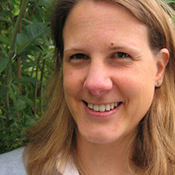 Following a degree in microbiology, Suzanne re-qualified in animal behaviour and welfare, gained extensive practical experience with several animal welfare organisations, worked as an equine behaviour consultant and founded Learning About Animals (educational events and consultancy). In 2007 she became the Programmes Manager of the Companion Animal Unit at WSPA (now World Animal Protection) managing dog population and working equine programmes. A key part of this role was to develop and test participatory methodologies – working within communities to lead to a change in the way people manage and care for their animals. Suzanne led the move away from a heavy focus on mobile clinics towards prevention through participatory approaches. To reflect the broad applicability of the approach to other species she became the Technical Advisor for Human Behaviour Change Programmes. Since 2011, Suzanne has worked as an international consultant for animal welfare and human behaviour change, working with many key animal organisations. In 2016 she co-founded Human Behaviour Change for Animals of which Miranda is a huge fan. 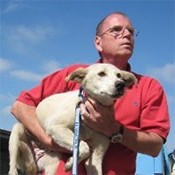 Brian developed his skills in the 1980’s working as a dog warden and was soon promoted to Senior Animal Officer. He subsequently spent many years at WSPA (now World Animal Protection) as an Animal Control Officer and also worked for IFAW. Brian has provided training in humane animal handling techniques, animal shelter management and strategy development globally.  He currently consults on behalf of RSPCA International,  Dogs Trust, Naturewatch, Government of Singapore plus numerous local NGOs

In 2004 Brian set up Stray Animal Solutions and has worked on numerous training courses with Miranda since 2005. There is nothing Brian doesn’t know about the humane catching and handling of stray and feral dog populations and is highly regarded by all who know him.

During that time, he spent over ten years researching, developing and co-writing the Guidelines for the Welfare of Performing Animals. In addition, he worked on several high-profile productions, including the London Olympics Opening Ceremony, numerous ITV productions, advertising, theatre, and live events.

In 2019, he set up his own company providing specialist consultancy to those responsible for animals to ensure they fulfil their legal obligations concerning animal welfare.

Concerned about the lack of regulation surrounding the use of animals in productions, Jody has a vision to improve animal welfare standards in the entertainment industry nationally and has founded a campaign to introduce an independent certification scheme.

Once in place, the Animal Welfare Certification Scheme will offer accreditation to an exhibition or production. This will distinguish the organisations that are merely compliant with legislation from those that take additional steps to improve animal welfare to reduce the negative impact on the animals used or replace the use of animals in the production process.